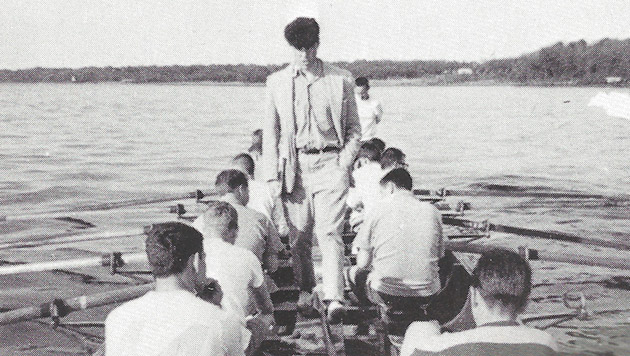 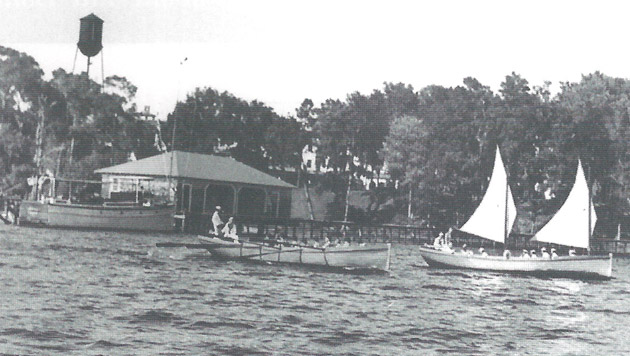 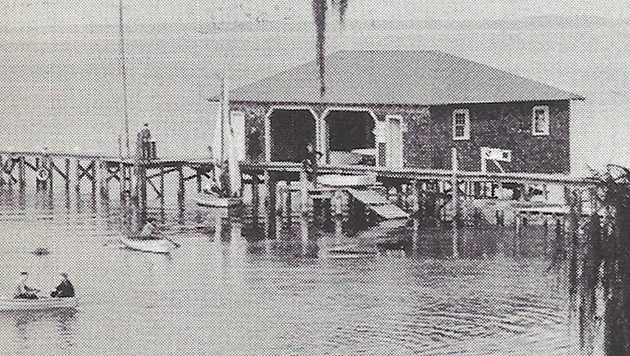 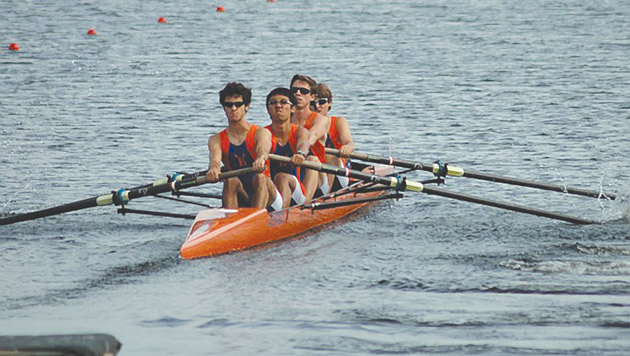 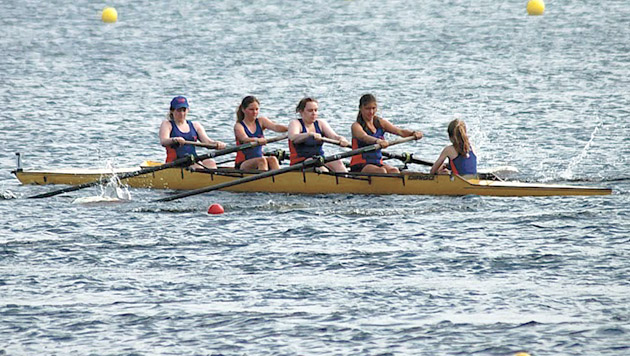 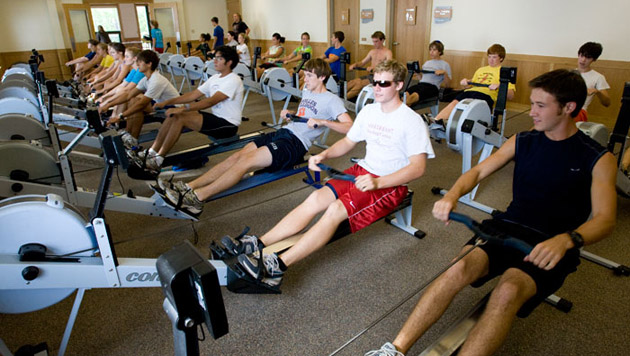 Rowing at Bolles dates back to the school’s founding in 1933 with cadets participating in the naval programs. As Roger and Agnes Cain Painter were utilizing the former San Jose Hotel to open a new military school, they added a $1500 boathouse to store cutters and rowboats. In the 1940’s, Colonel Painter enlarged the fleet by adding the 45-foot training cruiser, the Manana, as the flagship of the Bolles fleet. The naval activities continued until 1962, when Bolles transitioned from a military school to a college preparatory school.

The following school year, Richard Zahner joined the faculty after serving at a northern school with an active rowing program. According to Bolles alumnus John Carswell ’63 as noted in the spring 1995 edition of About Bolles, Zahner found an eight-man canvas-hull shell in a shed on campus and recruited students to participate in an informal venture. That canvas shell may have served more as a recruiting tool than seaworthy vessel and Zahner managed to acquire two wooden eight-man shells. That spring, the Bolles crew members participated in two competitions, one against Jacksonville University, and the other against JU and the Princeton JV. It is believed a fire claimed the original boathouse and shells later that year and the Bolles rowing program lay dormant for another three decades.

In the spring of 1994, then Senior Vice President of Student and Support Services Bill Borg ’70 called a meeting on the banks of the St. Johns River to propose a new rowing program. Current Director of Upper School and Boarding Admission Mark Frampton took on the duties of head coach and welcomed 38 Bolles students as the inaugural crew in the fall of 1994.

Bolles has grown to include over 100 students, finding success on the water and in matriculating students to some of the top college rowing programs in the country. Sixteen crews, eight for the boys and eight for the girls, have claimed state championship titles in the program’s history. Since 1996, 50 members of the Bolles crew have gone on to row in college at nearly every Ivy League school, MIT, Georgetown, the United States Naval Academy, Duke, and more.

The Bolles rowing facilities have grown significantly as well. The program utilized a garage style building along with an open air shed for boat storage until 2009. The Peyton Boathouse and Rice Family Crew Complex was dedicated in 2009, providing nearly 10,000 square feet of enclosed space, two boat bays, a repair area, a training room, weight room, changing rooms, office space, and a multi-purpose room. 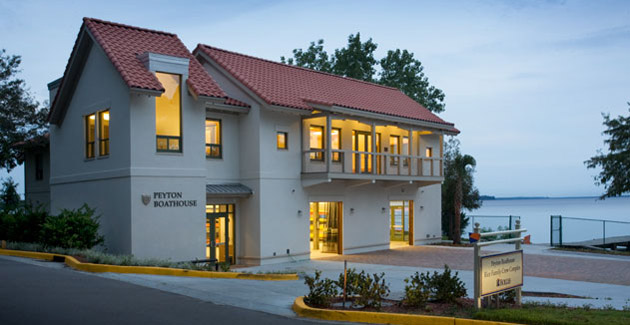